Harold Murfitt (centre), a confectioner from Ramsay, Huntingdonshire, was probably the owner from new and the car was kept in his family until 1957.

Derek Dyer owned the car in the 60s in Ramsay, his wife and young son Graham being pictured. In around 1962 the car was laid up and bought in 1974 by Robert Larman of Langford, Bedfordshire. Robert didn’t do anything with EW 6468 and eventually sold in 2008 to Ken Wilkinson (below).

Ken did some work on the engine but could not face the bodywork restoration and it was bought by Ian Clayton (Registrar for Friends of the Little Seven Ireland) in Bantry in 2011, who has tackled the work over 7 years and passes on these images of the very original – but tired – car, to aid other restorers. 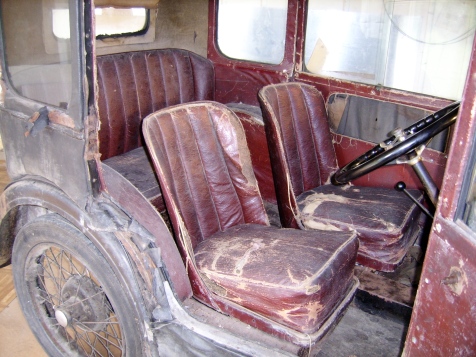 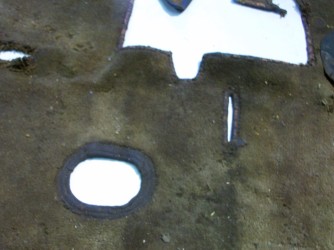 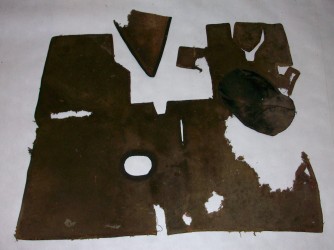 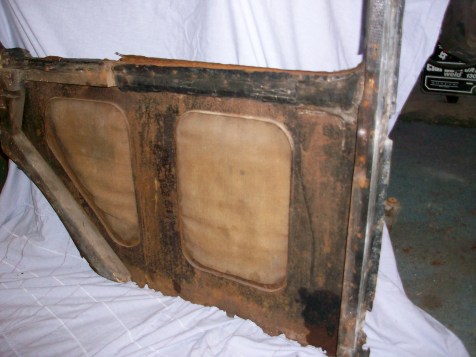 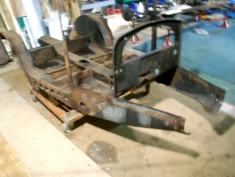 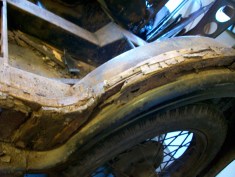 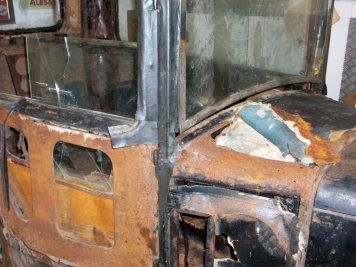 Ian writes: ‘my rebuild has been cosmetically different (but ‘in period’ and mechanically as ‘factory spec’ – luckily she (‘Clothilda’ – Chloe) was very complete even down to the little filters in the oil and petrol filling orifices. At some point (I think in the ’40’s) she had been recovered in black leathercloth- but on top of the very tattered factory fabric All though, completely rotten as was a great deal of the wood and metal framing underneath. Now all replaced.’ 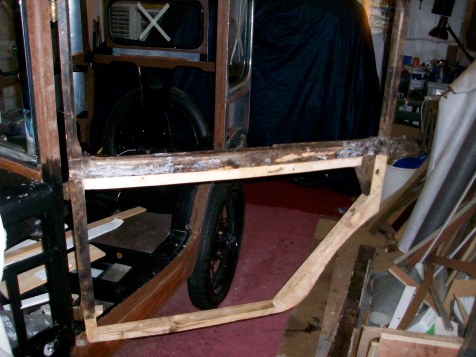 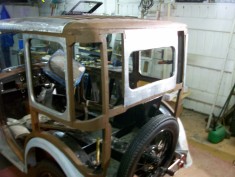 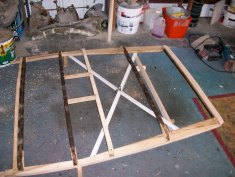 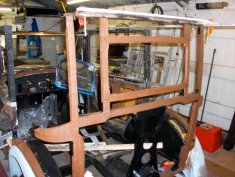 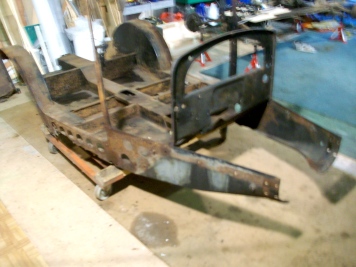 Chassis 107270 in fortunately on the Gaydon ledgers, listed as black exterior and red rexine inside. Ian discussed that although the final colour scheme varies from original he has an ethic that prevents him from varying from original’ physical’ specification, eschewing modern mods for voltage regulation, distributor sparking, alternators, brake ‘upgrades’ or 1950’s go faster additions. In fact, if it wasn’t available within a couple of years of the car’s manufacture it will not be fitted! This also applies to ‘Aine’, his 1934 RP.

‘Yes, I know Longbridge didn’t list green amongst the standard colours in 1930, but DID offer others to special order no doubt at additional cost. I’m not confident this extended to the fabrics though! Anyway – we do live in Ireland and Leprechauns like it.’

She is now awaiting road testing and the inevitable teething problems…

Please make contact if you have images (or life stories) you would like to make available to those who are trying to restore, conserve or appreciate SWB Saloons!