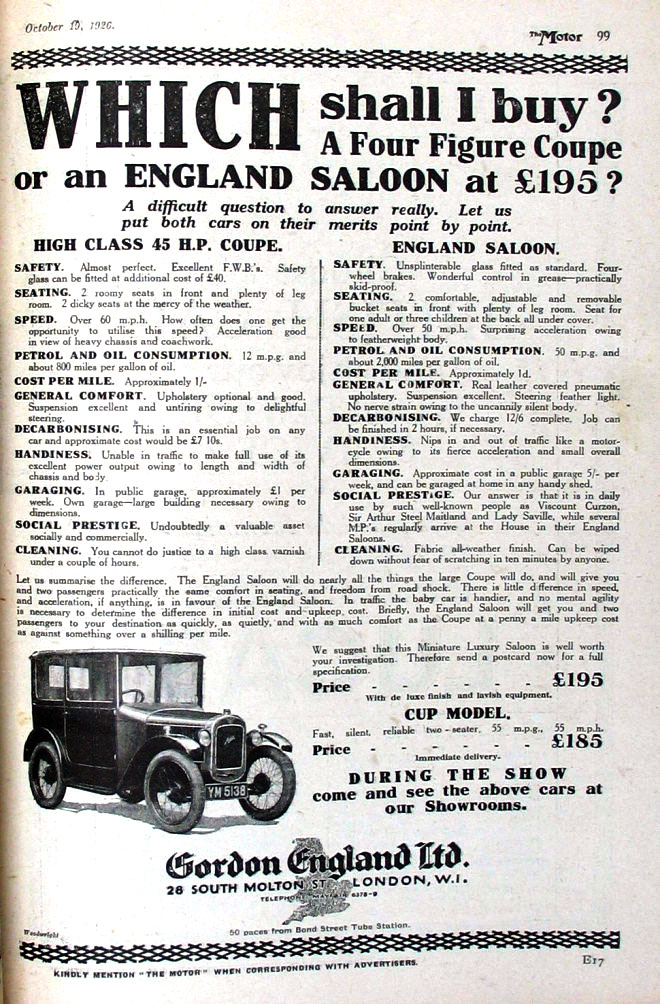 In this October 1926 The Motor advert, the England Saloon was promoted as a miniature luxury saloon, in daily use by such people as Viscount Curzon and others; ‘whilst several MPs regularly arrive at the House in their England Saloons’.

The cars were lightly built in plywood with a leathercloth covering, leather-covered pneumatic seats. Such niceties as a heater (venting warm air from above the exhaust into the passenger footwell) and mechanical fuel gauge were innovative in their day.

The car was refined but appears quirky, high waisted and odd to the eye after the familiarity of the Austin products of the time. But this body was bespoke and is far more rare now than any RF or Mulliner Fabric. The doors are wide which suggest the bonnet and scuttle could be shorter, and the gap from windscreen to steering wheel rim longer  than Austin’s R Saloon of the same period.

Ex GE Registrar Damian Gardner-Thorpe spotted one extant car (above) in 2017, shown on the GE Register Archive here. In mid-restoration, its identity isn’t immediately obvious but further research finds it an England Saloon, registered early in 1928 and perhaps originally in ‘Orange’ exterior trim if Wyatt’s list of 1927/8 standard colours is correct. A tax disc suggests it was last used in anger in 1955 and there is a link to Earl Howe – probably the very Viscount Curzon from the 1926 advert with motorsport links, or perhaps his son who later inherited the title.

Another Saloon was noted by David Martin, former Austin 7 Fabric Registrar in communication with the GE archive’s Ruairidh Dunford. The car was collected from the factory in August 1927 and kept for 41 years by the original owner until sold to Paul Nicholas in 1968.

The registration PN 341 is now in use elsewhere suggesting the ‘other’ England Saloon might be abroad. Make contact if you know of it, please.

A ‘Sunshine’ Saloon added the variety of the opening, rollback roof and this image shows the subject of Autocar’s first ever roadtest in April 1928.

The most well known Sunshine Saloon was restored by Chris Edwards in the 1980s and is now regularly seen in UK (below). It was believed taken to the United States for the 1928 New York International Motor Show. Gordon England No. 263 had a recorded mileage of 3685 miles when found. See some Chris Edwards images here.

Chris noted another car being restored in the USA pictured in London in 1960s:

Later found in USA painted red and with an additional 1960s dashboard, the archive of owner John Edwards’ images here is extremely valuable as (a) they are digital and (b) benefiting from 30 years advance in camera technology for their abilility to document evidence of originality.

The ‘Silent’ Saloon name resulted from the GE patent for the vibration-free, 3 rubber mounting point body. As the October 1926 advert infers, it is ‘uncannily silent’… but it was not then advertised as a Silent Saloon, yet the Silent Saloon name was marketed several months earlier than this. The conclusion seems to be that Gordon England naming was all over the place; sometimes omitting ‘Gordon’, sometimes including it. Perhaps due to the vagaries of magazine advertising staff or just indicative that it was the 1920s and it was a company juggling lots of interests.

Sadly, the paltry level of fabric saloon survival documented here along with the original prestigious nature of the England Saloons or their 1929 Wembley means that gatherings of them will probably be… uncannily silent. But keep your eyes open! 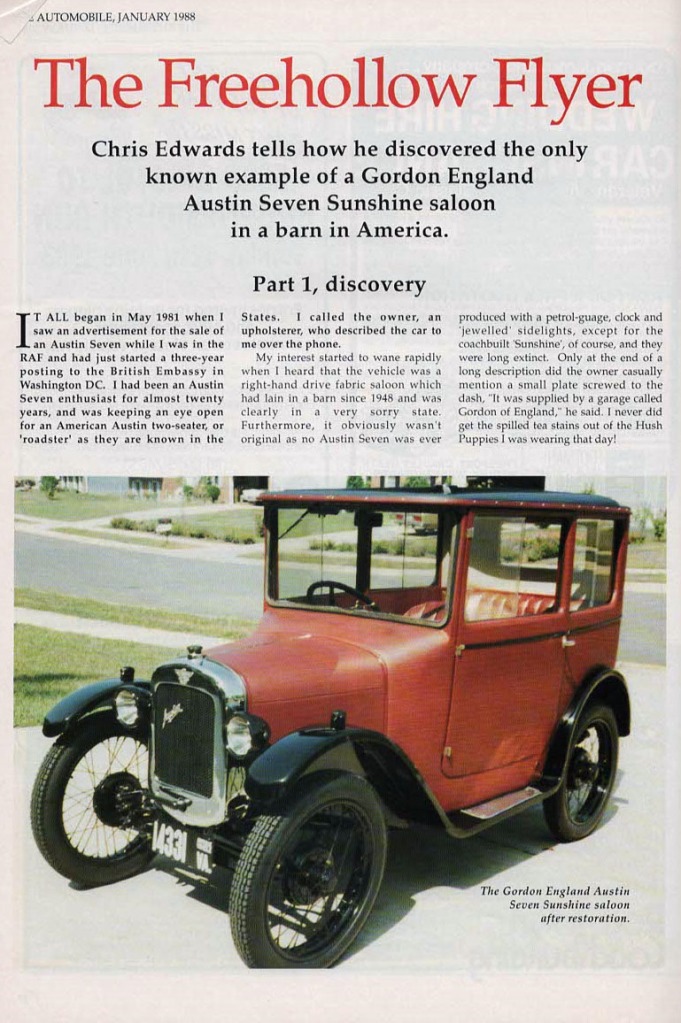 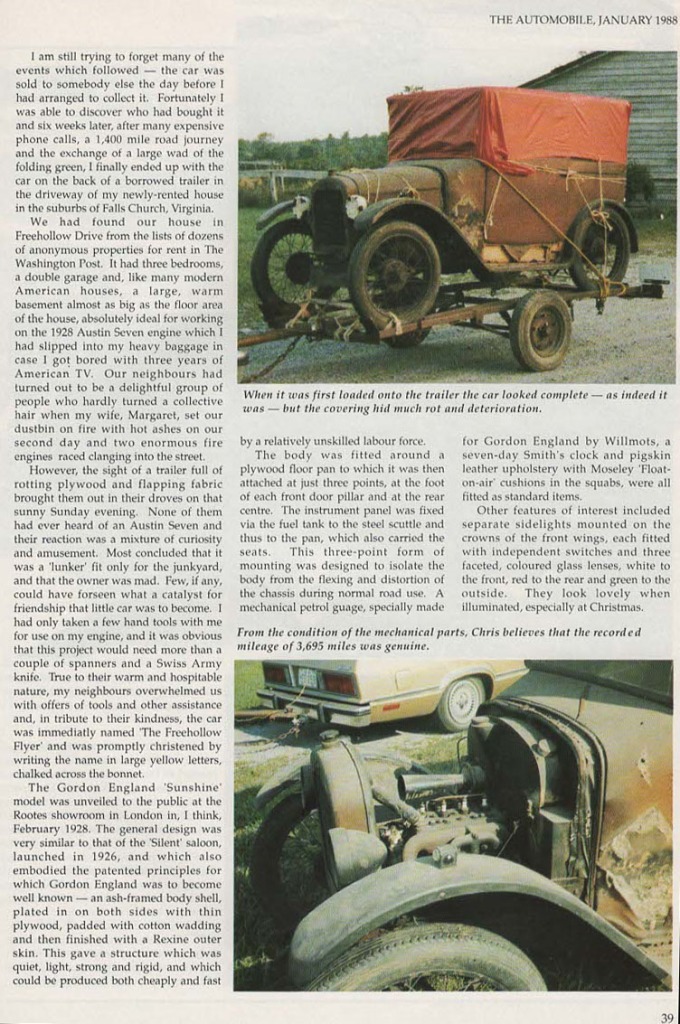 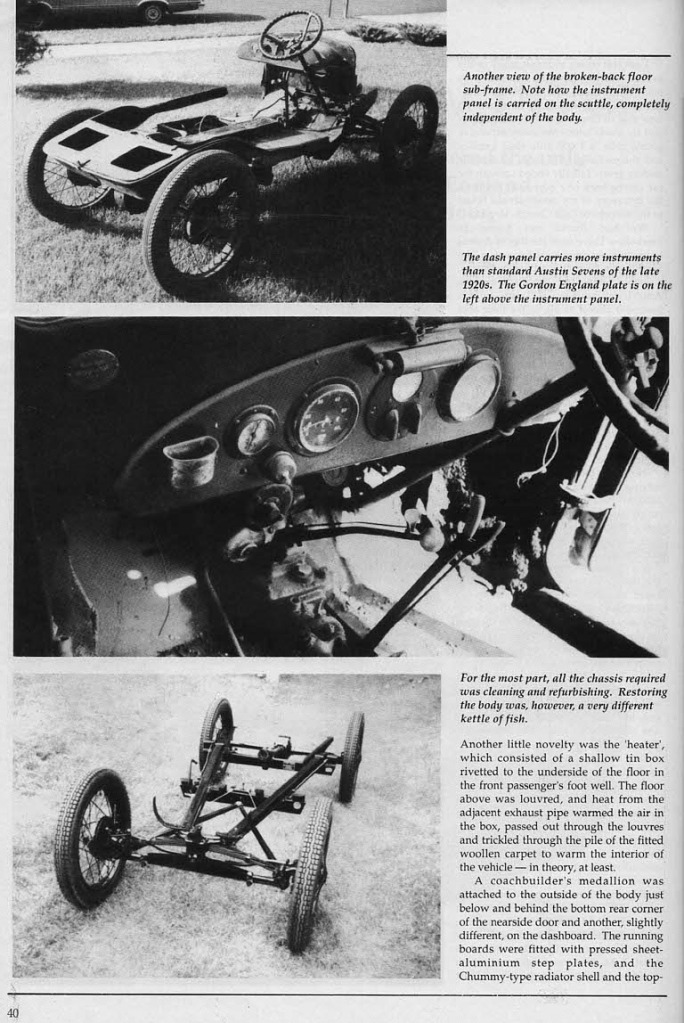 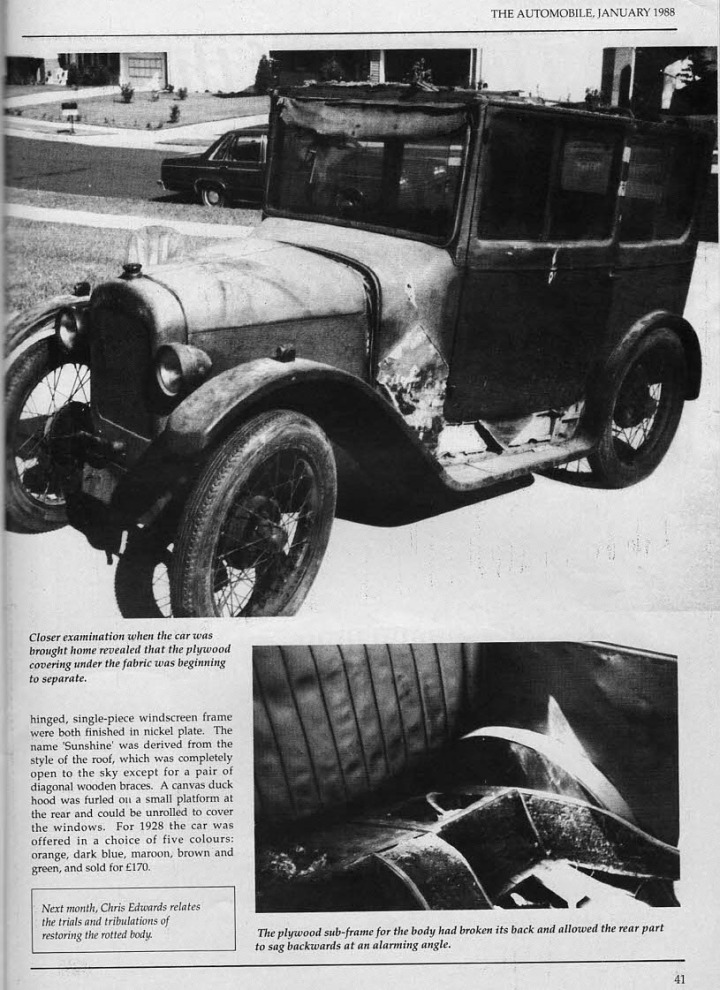 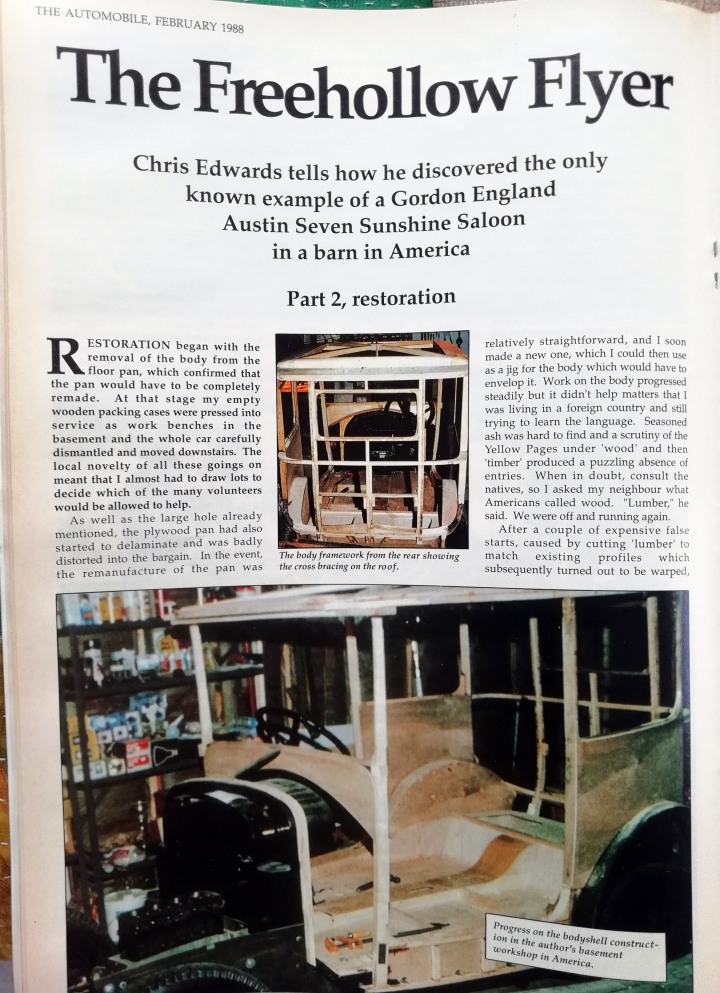 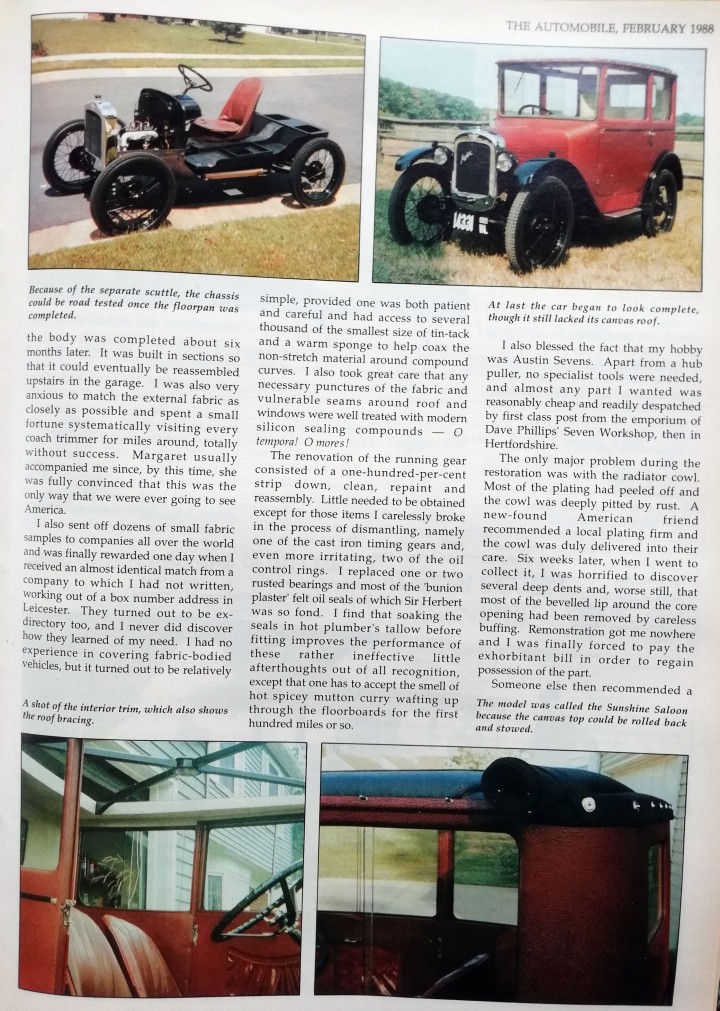 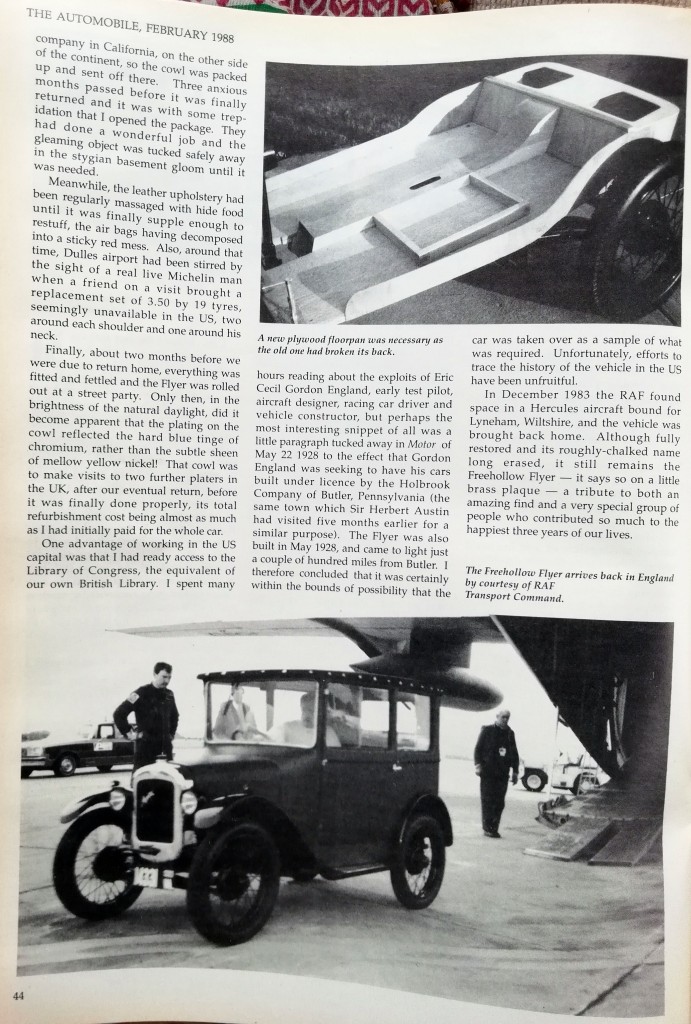